Thoughts about the death of Anthony Bourdain

Why is suicide assumed without evidence?

The news media has gone out of its way to say that Anthony Bourdain was acting “strangely” before he died.

That’s the only “suicidal” behavior they can attribute to him.

No previous comments that he was struggling with or not enjoying his life. No strange behavior. No withdrawl from work and friends. No known outside pressures. No suicide note. Nothing.

Of course he missed dinner and breakfast. He was dead.

Further, the news reports about what actually happened don’t make much sense.

The early reports were a variation of this:

Then much later in the day, the story was he’d hung himself.

Later, the details of the story got more specific, he’d hung himself with the belt of his bathrobe.

Is this just poor reporting? Unclear use of the English?

Did Ripert actually find him or did he find him unresponsive (i.e. not responding to calls and door knocks.)

Other than a single message on Twitter in tribute to Bourdain, Eric Ripert, a close friend and colleague, has said nothing further about the details of what he saw. Understandable.

However, it’s important to exactly  know who found the body and what condition it was in. For example, how long had he been dead?

Do they have surveillance cameras in the hallways of this hotel – or it is one of those charming places throughout Europe that have none?

Anyone coming to and from his room?

First, Bourdain had no security whatsoever which means when he was alone, and he was when he returned to his room after work each night, anyone could have gotten to him without leaving a trace.

Second, his travel plans including where he would be staying would have been easy to find out well in advance.  This specific hotel might have been chosen for its lack of security cameras in the hallways.

A normal-lookng “tourist couple”, perhaps with unobtrusive identification indicating they were from another part of France or nearby Germany, could have checked in when Bourdain was staying there.

Since they looked like normal tourists and no one considered Bourdain at risk, they would have provoked no reason for scrutiny before or even after the death.

If researched, their identities would “check out.”

Like the rest of the guests who were there at the time, they’re now “home.”

Is anyone checking into the identities of the people who were staying at the hotel when Bourdain died?

Scenario as to how this could have been done

Attractive, non-threatening female, who may have made casual friendly contact with him earlier, talks her way into his room “The phone in my room is not working. Can I call the lobby with yours?”

Heart attack inducing dart or aerosol. In comes her helper. Maybe a third person or two (checked in independently with nonsuspicious credentials) to watch the door.

String up the body. Wipe down the room. Lock the door behind you. Check out eventually, no rush. Go home. Easy-peasy.

Then wait for the idiot news media and local police to declare the case closed before it was even open.

Since the news media is incapable of asking even the most basic questions, it’s easier to go with the “official” story – from an inept source – and run with the “outpouring of grief” story with a little “he was depressed” flavoring.

Why would anyone kill Anthony Bourdain?

Bourdain was independent, he was outspoken and he had a massive following.

His show was the most popular thing on television in his time slot.

He provided the only meaningful window on the world for the otherwise completely information-starved, heavily propagandized American public on what people are like outside the US Matrix.

The ignorance of the American people – and the carefully media-cultivated bigotry against “others” especially, but not limited to, Middle Eastern others – is the very foundation of a multi-trillion dollar war machine.

Kick the legs out from under that – as Bourdain did weekly to millions – and that business has a problem.

In short, if you’re after “Total Information Control,” Bourdain was bad news.

He was not Robert F. Kennedy or Martin Luther King or Thomas Merton – all killed in 1968 and all vocal, high profile opponents of the Vietnam War as it was in the process of getting ramped up to new heights.

Yet, millions of Americans sat down with him weekly and broke bread with families in Iran…in Lebanon…in Palestine and other places in the world that Americans have been carefully taught to fear and despise.

Are there people who would kill someone over that?

Right now, as you read this, somewhere in the world there are most likely bombs raining down on innocent civilians because it serves some groups’ end. They care nothing for the death and suffering they’re causing because somehow “it’s justified.”

Killers are killers and the killers of this world certainly had motivation to remove Bourdain from the scene. Carrying out the deed would  have been trivially easy for professional killers.

Because of Bourdain’s very public and predictable schedule while in production, surveillance (knowing where he would be and when as well as the details of his daily schedule) would have been a breeze.

Add to that the fact that he was staying alone in a hotel room and had no personal security, carrying this out seamlessly would have been a walk in the park.

That said, he might have suffered a sudden and catastrophic organic neurological breakdown that deranged his normal personality thus making suicide possible, but short of that, to instantly assume that this particular man in his particular circumstances at this particular time killed himself is abysmally ignorant.

Or shooting themselves in strange ways…

Or running their cars into trees.

The Israeli War Party feels it has the moral right to assassinate any individual who threatens its survival in any way. 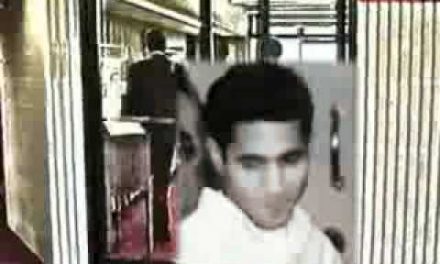 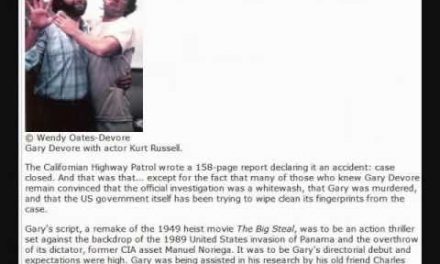 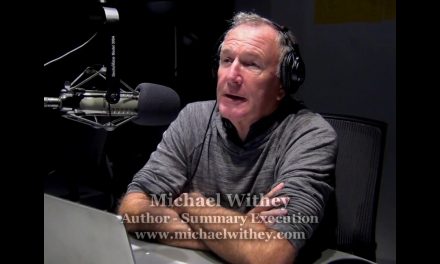 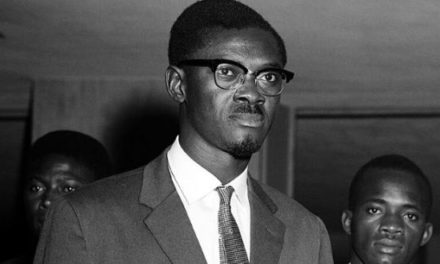